How to obtain Your Marriage License 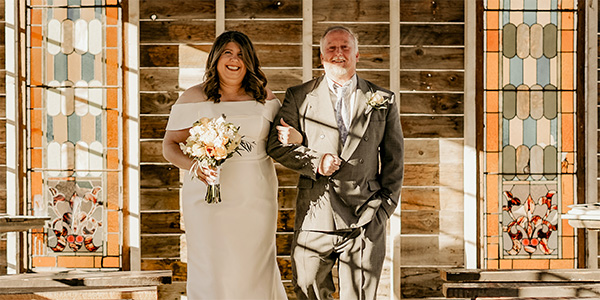 Land on the Red Rocks in a Private Area 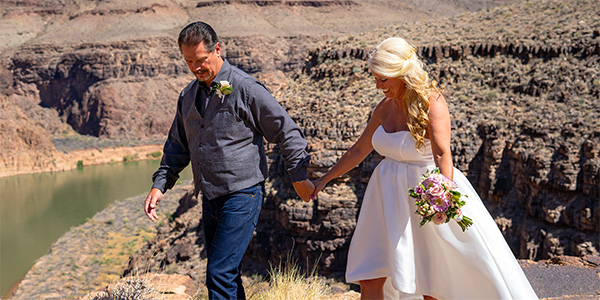 There is something special about getting married in Las Vegas. Choosing the right outdoor destination wedding can sometimes leave you overwhelmed. Your destination choice is not just the location, the celebration, but an overall vibe your guests will be able to enjoy. Here are a few things to know when reserving your Las Vegas outdoor wedding.

~ What makes Las Vegas so easy to plan a wedding. There is something for everyone. No matter if you are looking for an elopement or intimate small wedding, there is always someone here to help.

~ Locations preferred Valley of Fire State Park or El Dorado Canyon also known as Nelson Ghost Town. Remember reserve your venue well in advance. This way you are sure to get the date and time you desire

~ Best months to have a wedding are March - May, and September - November. While Las Vegas rarely sees rain, November and December can be cooler we have even seen an increase in weddings performed during these months. The summer months can get sunny and warm in Las Vegas making for some amazing sunset wedding photos. It really comes down to what will best suit your schedule.

~ When booking a hotel let the hotel reservationist know you're coming to get married in Vegas. You might get an upgrade or a discounted rate.

~ Another good tip is having a clear vision of a budget. Rather you are having an elopement, or small outdoor wedding. Its always good to know what you will be spending. Some items you will need to consider is airfare, hotels, rental cars, wedding package, transportation, reception and gratuities.

~ You can get your license in Las Vegas very quick, with no major legwork. They are open 7 days a week, 8am-midnight (open all holidays).

~ A small wedding is often more intimate, giving you time to be with the guests that matter instead of bouncing around to so many people. Don’t worry you can always throw a party at home with family and friends to celebrate with those who were unable to come out

~ We offer a twelve rose bouquet that gives you a beautiful inexpensive way to have flowers for your wedding. Flowers can add up quickly however if you would like to bring your own special bouquet this is always an option.

~ Instead of the traditional tuxedo, why not consider a suit for your wedding.

~ Your wedding dress purchase can be a huge cost. Why not opt for a rental. Many brides have discovered renting a wedding dress is more cost effective.

~ As a reminder it is always important to keep hydrated. Please remember when going to your outdoor venue to bring water.

~ Getting your guests involved is a great way to have friends and family participate in your wedding. A great idea would be is to have a guests read a poem. Or share a story of how the bride and groom meet. Get creative and get your guests involved.

~ Receptions for a smaller wedding group. Make reservations for a celebration lunch or dinner. It's preferable to hold one in a restaurant's private room; see if a restaurant that you like offers one. Always ask if there is a minimum and a maximum number of guests it can hold. Discuss prices.

~ Most of all bring a whole lot of LOVE to this Celebration!

Las Vegas By The Numbers

From the 1931 nuptials between Clara Bow and Rex Bell, one of the first celebrity unions in Las Vegas, to Elvis Presley and Priscilla Anne Beaulieu's big day in 1967 to present day celebrities running down the aisle, Las Vegas has been a hotbed of high-profile weddings.

The self-proclaimed "Wedding Capital of the World," Las Vegas issues over 80,000 marriage licenses a year, boasts wedding chapels up and down the Las Vegas Strip along with some of the most amazing wedding options any city has to offer and has definitely lived up to its name. More and more celebrities flee to Sin City , where the allure of Affordable and Adventurous weddings are all too tempting. Below are our some of the craziest celebrity marriages in Las Vegas -- most we will remember and some we may want to forget.

What's Vegas without a wedding by a member of the Rat Pack? Frank Sinatra, then 50, wed Mia Farrow, then 21, in a private ceremony at the Sands on July 16, 1966. It is reported that Farrow was surprised when served with divorce papers in front of everyone on the set of "Rosemary's Baby," and the Hollywood couple's divorce was finalized in 1968.

Actor Mickey Rooney definitely has contributed to Vegas' wedding capital status, walking down the aisle in Sin City for seven of his eight marriages. His foray into Vegas weddings began in 1944 with Betty Jane Rase in 1944. That marriage lasted five years. Following their divorce, he said, "I do," to Martha Vickers in 1949. But wedded bliss didn't last long, and the couple divorced after two years. In 1952, Rooney married again, this time to Elaine Mahnken. The couple divorced after six years, and Rooney then married Barbara Ann Thompson in 1958. Their marriage, however, ended in tragedy when Thompson was murdered in 1966. Following Thompson's death, Rooney exchanged nuptials with Thompson's friend Marge Lane in 1967. The marriage was Rooney's shortest, lasting only 100 days, and in 1969 Rooney was a marrying man once again. This time it was to Carolyn Hockett, and the two divorced five years later. Rooney took his last walk down the aisle in 1978 when he married his current wife, Jan Chamberlin.

After a reported romantic 4 a.m. proposal of "marry me or I'll kill myself" by Guns N' Roses front man Axl Rose, Erin Everly drove straight to Vegas to save Rose's life. The daughter of rocker Don Everly exchanged vows with Rose on April 28, 1990, at Cupid's Wedding Chapel. Just three weeks after tying the knot, Rose filed for divorce from Everly, his inspiration for his song "Sweet Child O' Mine." However, the couple reconciled only to get annulled less than a year later.

Socialite Nicky Hilton wed money manager Todd Andrew Meister at the Vegas Wedding Chapel in the wee hours of Aug. 15, 2004. In town for a celebrity poker tournament, Hilton said, "I do," at 2:30 a.m. surrounded by her headline-grabbing sister, Paris, and gal-pal actress Bijou Phillips. It was reported even Paris' dog, Tinkerbell, got in on the action, wearing a tiara and carrying the ring pillow. The marriage lasted as long as her reported wedding dress -- a thigh-length, blue halter dress -- and the couple was granted an annulment in less than two months.

With a visible "Billy Bob" tattoo on her upper arm, Angelina Jolie, then 24, wed "Pushing Tin" co-star Billy Bob Thornton, then 44, in a 20-minute ceremony May 5, 2000, at the Little Church of the West. The couple, who have been known to wear vials of each other's blood around their necks, both wore blue jeans for the ceremony. The marriage, the fifth for Thornton and second for Jolie, ended in divorce in 2003.

Outrageous basketballer Dennis Rodman, then 37, married then-26-year-old "Baywatch" beauty Carmen Electra at the Little Chapel of the Flowers on Nov. 15, 1998. After conflicting reports of the Chicago Bull's inebriation and their being madly in love, the couple put an end to the rumors and their marriage just nine days after exchanging vows.

Discounts directly to You

We Create and Design

Your Story via Images

Las Vegas Weddings was great! We had our wedding at Valley of Fire state park and we didn't have to worry about a thing. Everyone was fantastic, so friendly and helpful and they made our special day seamless and fun. I would highly recommend them. The staff at Las Vegas Weddings are hands down amazing! I am not local to the area and was planning a themed wedding. As most people know, planing any wedding can be , shall we say stressful, let alone a destination one with some needed specifics. I worked closely with Shawn to iron out all the details. Bottom line.....PERFECT!! The photos were wonderful and a ton of fun to do, location was perfect, staff...well again...AMAZING!. It truly was the best day ever. I am so grateful to Shawn and the staff if Las Vegas Weddings for making our day all that we hoped for plus a little bit more. Great experience! We did the Las Vegas Strip Helicopter wedding. Our officiant was wonderful and the rest of the staff was super friendly and accommodating. Our photographer / videographer did an excellent job and caught lots of great photos! They also provide you with a link to share with family and friends at no additional cost. Helicopter wedding at night is the most awesome thing you can do. Everything was very wonderful. The video with sound was the reason to choose Las Vegas Weddings and it was the best choice ever! We love the video and everything. Thank you so much! This was perfect! We wanted something unique, and intimate. We weren't looking to plan a wedding and entertain; we wanted something special for just the two of us to get away, and marry each other without worrying about coordinating or planning anything. From contacting and scheduling, to the day of, everything was simple and I didn't have to think about anything! I was contacted to confirm a few details, we showed up, were married in a custom ceremony that was perfectly worded for the two of us, and we got some beautiful photos in a really unique location. I'm so happy we browsed the idea of a Las Vegas wedding and it led to this. It was the best day, and a great start to our new chapter as husband and wife. Thanks for everything!! I couldn't have been happier with our ceremony and the ease of working with Las Vegas Weddings and Shawn! The price for everything was extremely reasonable and the location choices were unique and beautiful. They answered all my questions and made sure everything was perfect on our big day. I will recommend them to anyone heading to Las Vegas for a wedding!